[raw]
made by andreimarks for LD28 (JAM) 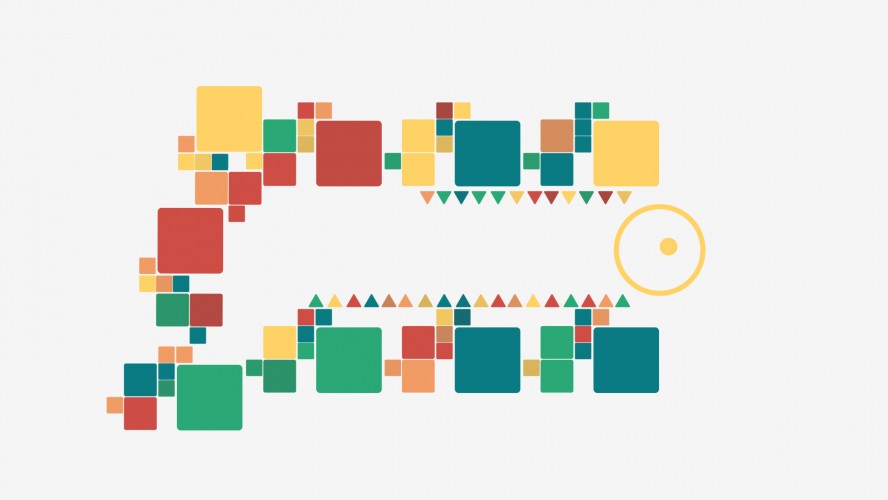 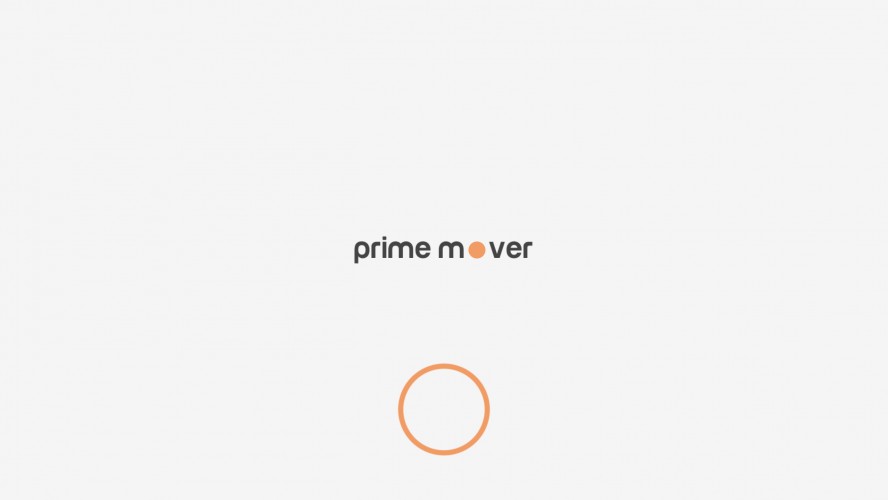 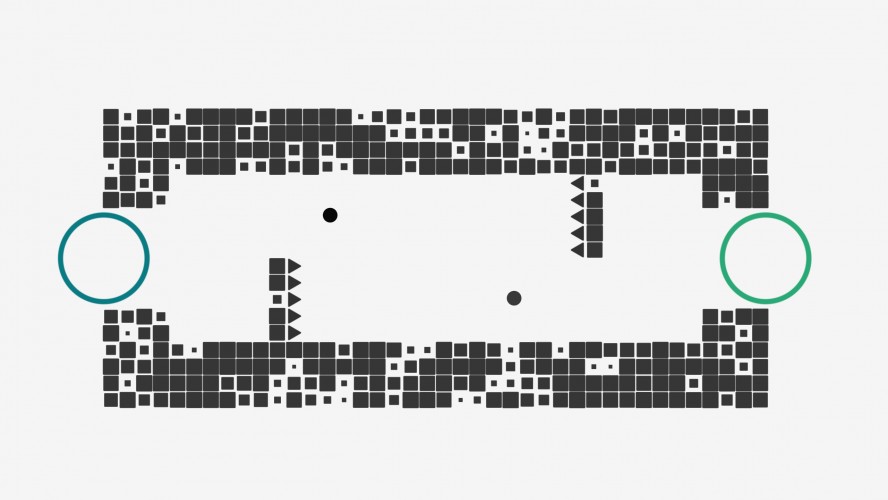 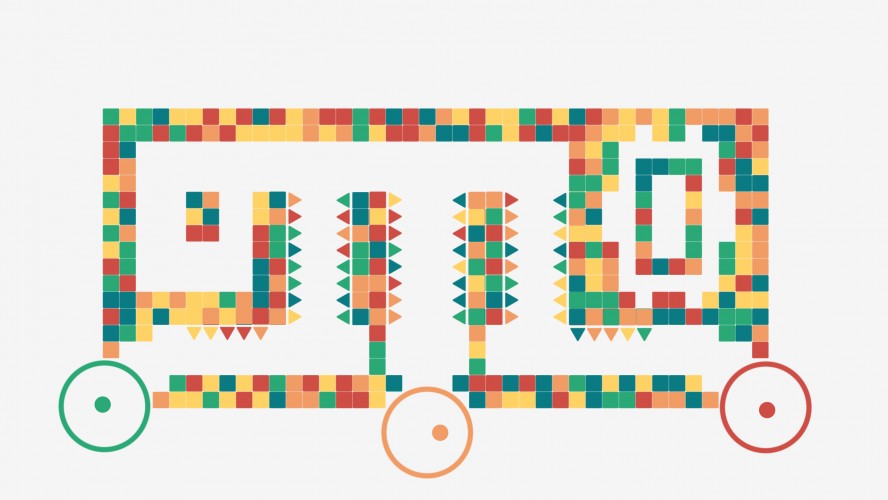 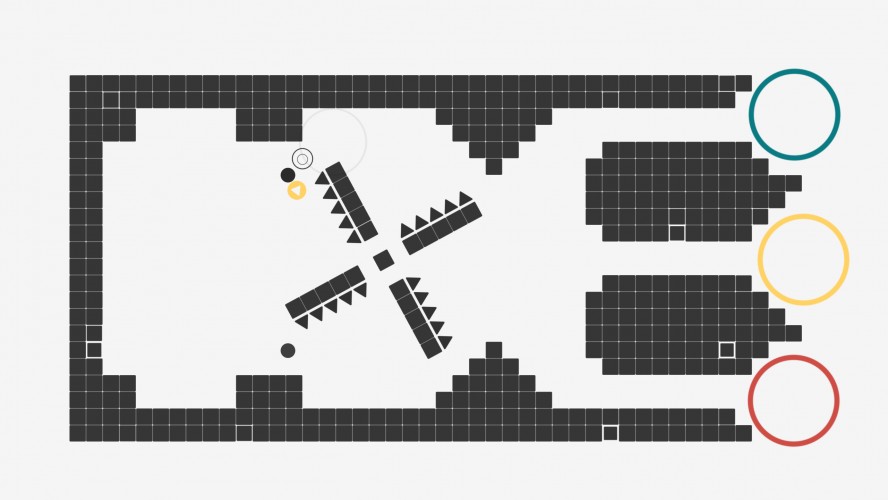 Prime Mover. You only move one ball at a time.

Instructions: no instructions, believe in yourself.

Hit Escape to restart if something gets cocked up.

I've only tested the Mac build, it works fine, can't say the same for the others.

Built in 19 hours by @andreimarks.

Music: The Snake, by Parov Stelar, used without permission.
> NEXT IN RQUEUE

So fun. The music had me liking the game right away and the colors and polish are very good.
SaintHeiser
18. Dec 2013 · 03:40 CET
It very interesting but hard as mammoth's shit.
That level with four balls drive me mad.
AlexVsCoding
19. Dec 2013 · 15:19 CET
Fantastic game - oh my god those levels are so irritating! Gave up after the 4 way collision level.
1. Love the effect of the level exploding at the end if you mess up. Reminds me of the minefield scene off Finding Nemo.
2. Feel that the game would play beautifully on a device, although I think you might lose the panic of not being able to get your mouse across the screen in time to stop a ball which (despite it's annoyance) is a essential part of the gameplay.
3. There was a couple of times where I'd be selecting one ball and would press in a certain direction only to find that I'd' selected another ball with no effect on movement for the original. Don't know if reducing the collision radius of the cursor would help this or not.
4. An excellent choice with the audio for the game. Those meaty sound effects gave a certain satisfaction to winning and even losing.
5. Think the difficulty curve could've been a little gentler, but I appreciate that this is a game jam so hopefully a future investment.
5. Visuals were clean and crisp.
6. Tutorial was genius - the best things in life are the simplest.
7. Not sure if intentional but the level with the windmill of death there is a hole in the back of the level and the players can loop around. After the previous level felt a bit of a cop-out. Might want to check it out since I can see on the screenshots of yours there is a wall there.

Definitely think that this game deserves more attention. Comment on some more games and I'm sure you'll get some more feedback!
jsspiegel
21. Dec 2013 · 23:05 CET
Really fantastic game, on all fronts. Using premade/copyrighted music is a bit sketchy, but Parov Stelar makes up for it :)
AlanZucconi
02. Jan 2014 · 00:21 CET
This game is incredibly polished for the little time you had! *_*
I'd love to see it expanded! :D
local minimum
02. Jan 2014 · 00:58 CET
Heck, this is one great start of a game. It's much too hard for playing with a mouse as it is. First level should probably be a no-kill level to start with. And then a couple of one ball levels before the stressful two ball level. And several two-balls before the first three ball. Etcetera. But what you have in mechanics and effects is just superb. Simply make more easier levels.

Then a general comment: You haven't rated any games. This is a shame when you've made such a great game. You will get some ratings now because someone was nice enough to mention your game as a really good one, but the way Ludum Dare works you must rate to get rated. And this game really deserves a fair rating, so hurry rate twenty or more games. And be sure to leave comments as that tends you make people rate back!
FrederickK
02. Jan 2014 · 02:21 CET
What a cool game! I wish it was a little easier, but it is ok...
Would give 6 to the audio if I could, very good!
Tom 7
02. Jan 2014 · 05:21 CET
It's great! I found it really difficult, and it's a strange kind of difficulty because it's only the first 5 seconds or so of a level that matter, while you get everything under control. The frantic mousing is a harder than it should be because clicking to set the direction often just selects another circle -- I would have preferred to use a modifier or right click or something. I beat it and I thought it was the right length. Graphical style looks awesome. I love how each level becomes a colorful googly-eyed monster when you beat it.
Music and sound reminds me a lot of Hotline Miami.
mcapraro
02. Jan 2014 · 07:37 CET
wow! what a jem! this is really an amazingly polished game, i love the minimal design and simplicity. congrats on the amazing entry!
Crowbeak
02. Jan 2014 · 13:39 CET
This is easily one of my favorite games of LD28. This is fantastic. I love the simplicity of the graphics, too.
Beavl
02. Jan 2014 · 14:57 CET
Solid entry! Chaotic in a good sense. I love the feeling when you manage to find some order and make everyone reach its destination. Congrats on this game!
mmickyman
02. Jan 2014 · 15:35 CET
That thing is gorgeous.

As other says, it's hard. I'm sure you can use it to train micro in RTS ahah.

Where the game didn't work for me was the learning curve. I got the controls wrong at the start (and there is a bug there too, so the start was different several times, once I had to click a circle around the ball, then after it was never there) In level 2 it meant that I kept on dying because I understood the controls wrong. And having a split second before dying doesn't teach you much.
It got worse because when I did find out how the controls worked, there was bug that meant I couldn't end the level. I was again thinking I did something wrong. Only after trying another time I found out it was the game that was bugged.

If you iron out the bugs and maybe add a bit more instructions I think you have a winner. Now sadly, the game made me annoyed.
zconnelly13
03. Jan 2014 · 16:39 CET
Wow so fun! Definitely one of my favorites. It was so hard but I managed to beat it.

I don't think keeping the balls grey until you click on them really ads to the gameplay though.

It was also a bit buggy and non-deterministic (the last level, anyway) but I suppose you get those sorts of things in such a fast game making competition XD. The music and graphics were brilliant!!! How were they made?
anvoz
03. Jan 2014 · 17:04 CET
Cool game. Really fun to play. The graphics style was pretty clean. The simplicity really made this game win but it should be a little bit easier.
lowcade
04. Jan 2014 · 01:19 CET
Awesome work on graphics and music! Congratulations!
Jeremias
04. Jan 2014 · 22:25 CET
Gave up in level 4. The game has very nice aesthetics, it feels very polished and the underlying idea/concept is really original. Respective the controls, it's sometimes hard to change the balls' direction if you click near them, which just selects them again instead of redirecting.
SiENcE
05. Jan 2014 · 17:52 CET
Nice Style, nice gameplay...but far to hard for Mouseusers. Great work! Need this on iOS :)!
TheStrawHatBerry
08. Jan 2014 · 09:57 CET
I made a vid of the game here: