[raw]
made by cappelnord for LD28 (COMPO) 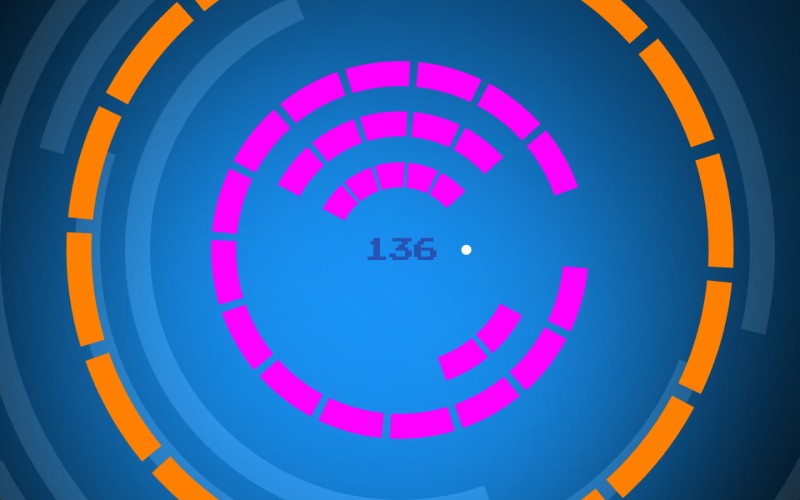 You only get one ball, so better don't lose it. You can rotate the field with your mouse after you allowed your Browser to hide the cursor. If you finish a ring a new ring will appear, helping you to keep your ball even longer.

Currently only runs in Chrome with WebGL. A bug in Dart prevents PointerLock to work cross-browser. I filed a bug, as soon as this is fixed I'll update the game. It also doesn't seem to run well on older integrated Intel graphic cards.

Please don't rate the game solely on the video. It's about PLAYING the game :)
> NEXT IN RQUEUE

Some velocity-based/combo based SFX modifiers might be nice? It felt like the rotation skewed the direction of the ball, although that may have been a visual trick?
cappelnord
19. Dec 2013 · 01:19 CET
@OriginalBigDan yeah, it's just an illusion, I was confused myself several times about that :)
ThatGuy
19. Dec 2013 · 07:36 CET
Very well done and very solid game. Great work! I hope you're planning on porting it to mobile.
Dir3kt
19. Dec 2013 · 13:43 CET
Very neat this on an old idea! I like minimalist design (graphic and mechanic) and this game didn't disappoint. I enjoyed a lot playing. The only thing I didn't liked has been the slow difficulty curve. I would have preferred a more brutal game otherwise beginning feel like a farm.
TheSnide
19. Dec 2013 · 13:48 CET
Well done Minimalism.
SecondDimension
19. Dec 2013 · 13:53 CET
Very slick presentation, nice work. The twist of just having one ball worked well, this is a really good entry
_zulli
19. Dec 2013 · 13:57 CET
Great game! Really really addictive! :O I' loved the way you can make different strategies!

In a way it may be fortunate that the score was not visible on my computer. If it were I could easily see this game becoming a thief of my time; I imagine I'd sit down for a quick play of it and before I know it realise the room is dark and I've lost an entire evening. The pleasant music and "tap" sound of the ball hitting a block, and the satisfaction of trapping the ball between two rings and trying to keep it under control as it bounced in a crazed fit between them, happily destroying blocks at a furious pace made this a joy to play.

If this game were expanded on with things like powerups and combos, a few different songs, a main menu, and a highscore board, I could see it easily becoming a hit. This is definitely something that should be made into a post competition version if you have the time and the will!