Dare to Dig! by Mirroar 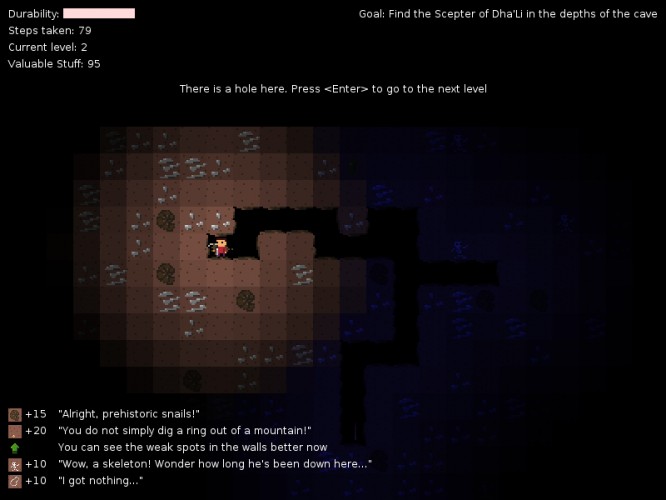 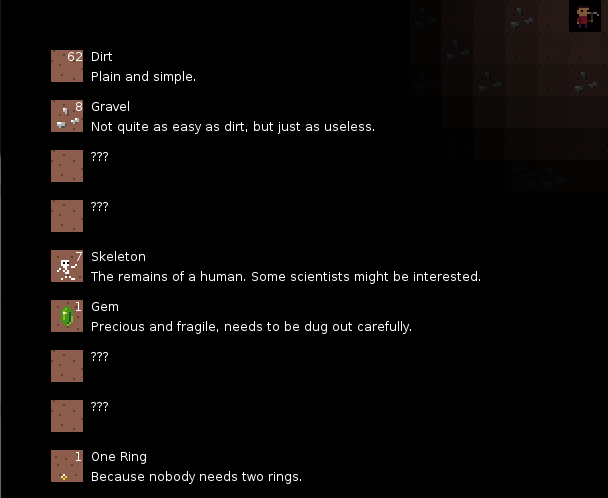 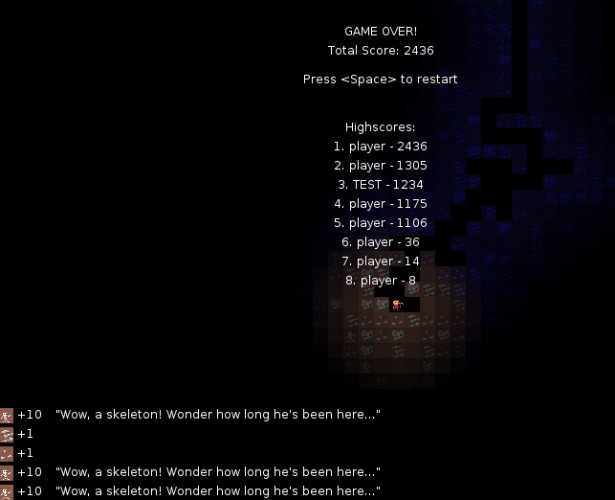 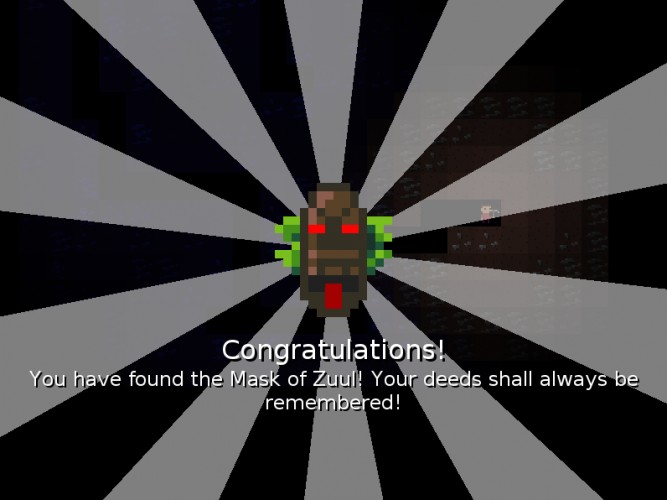 You have discovered an unknown cave, and rumor has it some ancient artifact lies buried deep under it. You only had time to bring one pickaxe, but if you can use it to dig up your target before they get here, your archeology "friends" will never be able to doubt your abilities again!

How high a score can you get? While developing, the best run I've managed to end was with just under 40000. Have fun beating it!

May the duck tape gods smile favorably on you! Strike the earth!

Linux Users: you'll have to get Love version 0.8.0 for your system and then run the .love file - find it at https://bitbucket.org/rude/love/downloads

The source is in the .love file which is essentially just a renamed .zip-File. Open in the archiver of your choice and there you have it.

Edit: Added a 32-bit Windows version. If the game doesn't run for somebody using any of the executables, you could always try downloading love 0.8.0 from the link mentioned above and run the .love file itself.
> NEXT IN RQUEUE

Is the fountain of youth real or is it a lie like blood diamond ... lol
Sytech
20. Dec 2013 · 13:34 CET
Fun and addictive!
BeardoGames
20. Dec 2013 · 21:25 CET
Ah, digging games can be so satisfying! I'm glad I had a chance to play this one-- it conforms nicely to the theme and it has a great atmosphere to it. Great job!
huhwhozat
04. Jan 2014 · 22:34 CET
Very fun to play, I think you got the balance just about right! Would have liked more duck-tape tho. Haven't found the mask yet. Only thing that's missing is music and perhaps a better explanation of the powerups as you pick them up, as in the 'stuff I found' section.
rincewind_cz
06. Jan 2014 · 13:53 CET
Nice and enjoyable, a like the graphics and overall mood of this. Good job :-)
Rustam
16. May 2017 · 11:20 CEST
Some tend to dress lighter, some tend to dress heavier. http://downloadcoolthingswebsite.ru Have you even seen a hedgehog being grateful for to you?