[raw]
made by madjackmcmad for LD28 (COMPO) 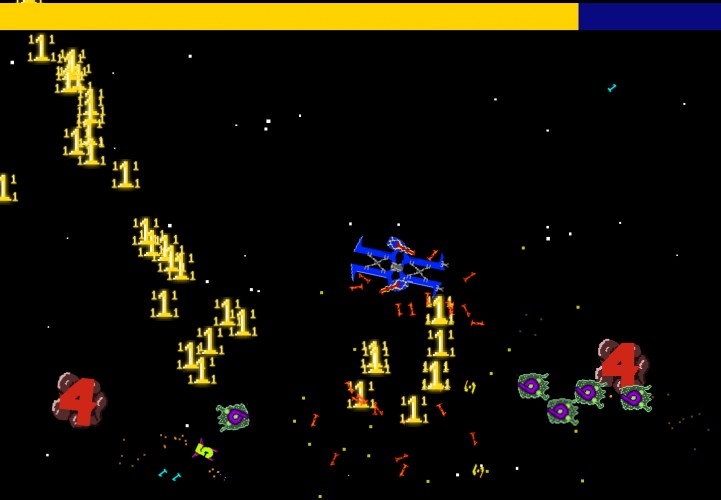 I decided on a more literal take on "You only get one", and this space shooter was a result. Working on a roguelike has been my full time job lately, so wanted to stray as far away from that theme as possible.

No sound, unfortunately, which mars the experience considerably. Still, you can play the game to completion, so if you like goofy space monsters, numbers, and shit flying everywhere, give 1111 pt 1 a spin.
> NEXT IN RQUEUE