[raw]
made by Wirtualnosc for LD28 (COMPO) 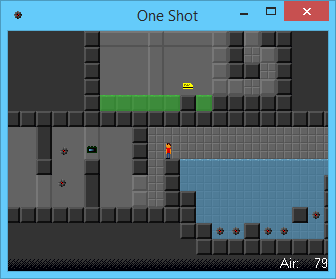 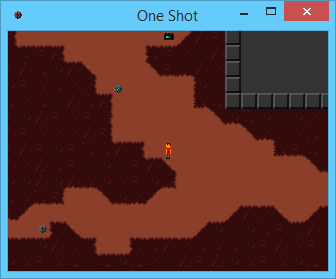 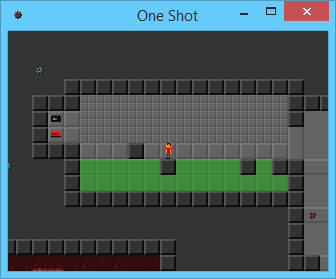 You wake up in an underground complex. All you have is a laser rifle that was lying by your side. It doesn't seem like it can hold more than one battery at once, though... Which means you can only get one shot loaded at a time.

This is my entry for Ludum Dare #28 "You Only Get One" compo. In this case, I've decided on two things that could fit with theme in one game:
- Life - if you die, you have to restart from the very beginning,
- Ammunition - you can only carry one charge at a time.
The game itself isn't very easy but for those people that are pretty good with platformers it shouldn't give much problems after multiple tries (I guess?).
Oh yeah, you can also resize screen if it looks like it's too small for you.
> NEXT IN RQUEUE

Steve [tacospice]
18. Dec 2013 · 21:31 CET
Pretty nice. Could use variable jump height though, I think. Pretty unforgiving difficulty with the one hit death. Massive bonus points for reconfigurable controls though!
tobbez
19. Dec 2013 · 00:03 CET
Quite nice, but too unforgiving to start over from the beginning on death, at least until you've gotten better at it (after which the game would probably work well for speed running).

The one shot at a time mechanic didn't add that much either, since there were so many batteries, and additionally you could probably complete the game without shooting at all.

The graphics are pretty solid, but the sounds get on your nerves pretty quickly (so it's good that it's possible to disable them).

It would also have been nice if you knew what a certain key was supposed to do (jump/shoot etc.) when you configure them, so you didn't have to guess.

On that note, it plays pretty well and the one-laser mechanic is simple and effective. Difficulty is indeed a little unforgiving with only one life and that combined with slower physics makes for a bit of a pain when you restart, but overall I like it!