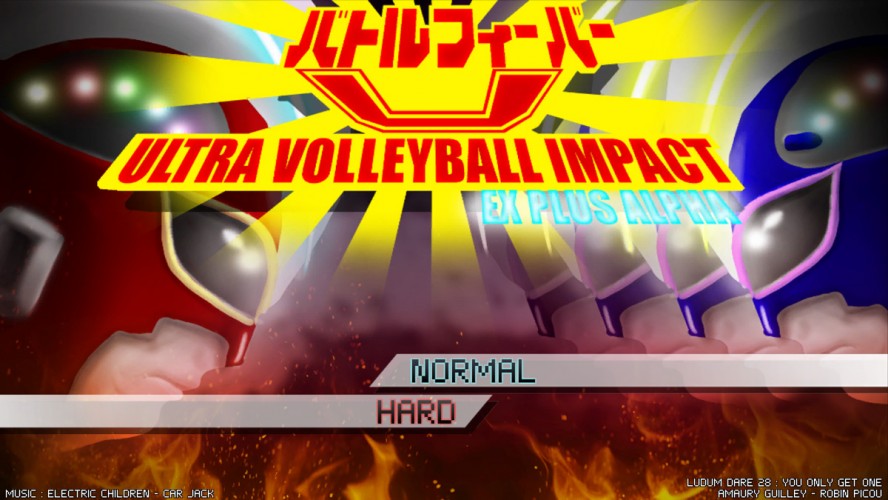 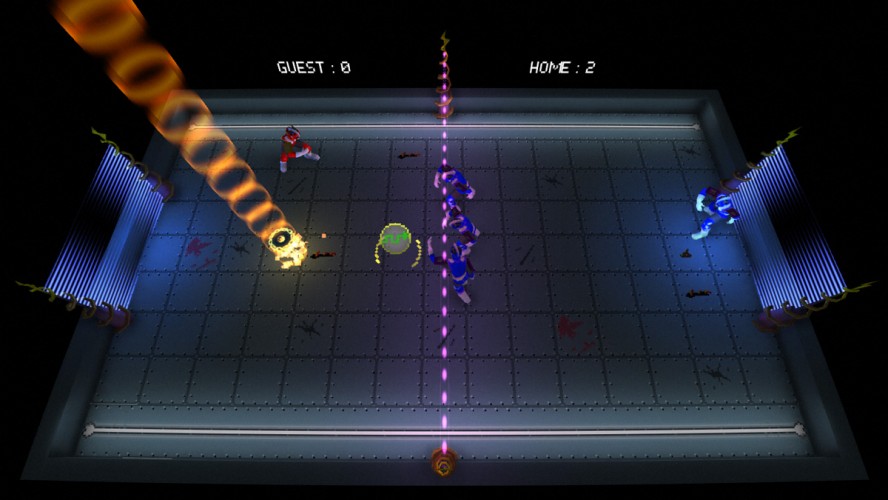 You're the captain of an intergalatic voleyball team, but the rest of your team ate a bad shawarma. You have to win the match alone, good luck !

Gameplay : pretty similar as Windjammers, except that you're alone vs two or four guys. Collect powerups for cool effects (speed up, curved shots...), and try to beat the opposing team !

Normal mode : 2 opponents
Hard mode : 4 opponents (really hard)
Move with awsd/arrows (controls can be changed in the config window), aim and shoot with the mouse.