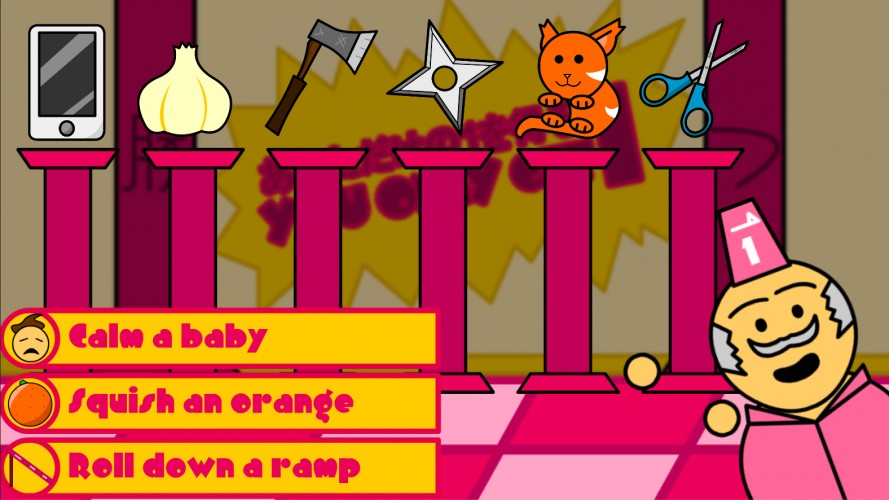 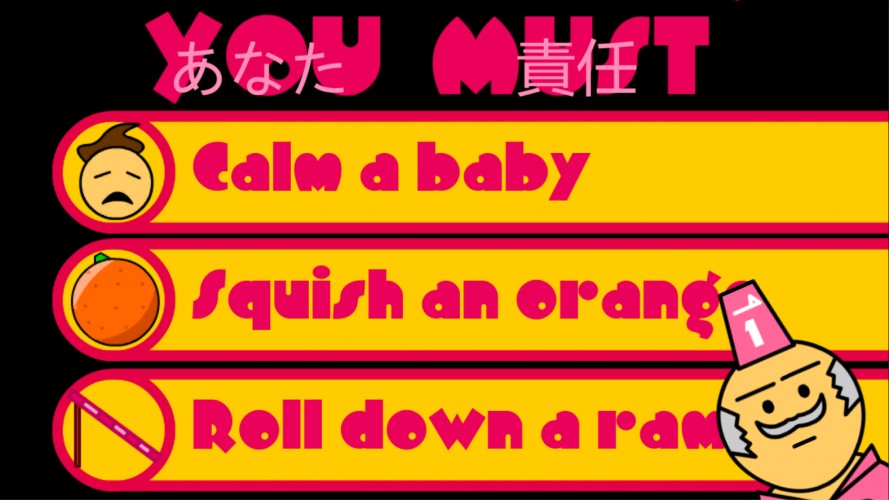 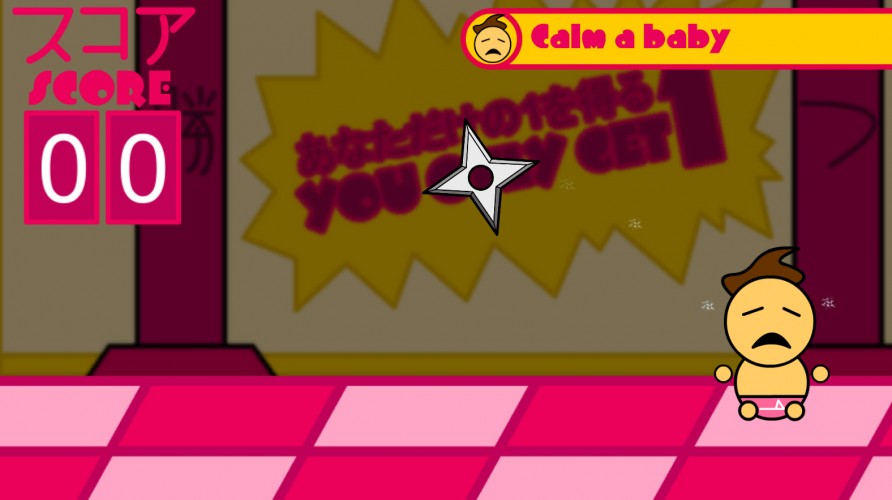 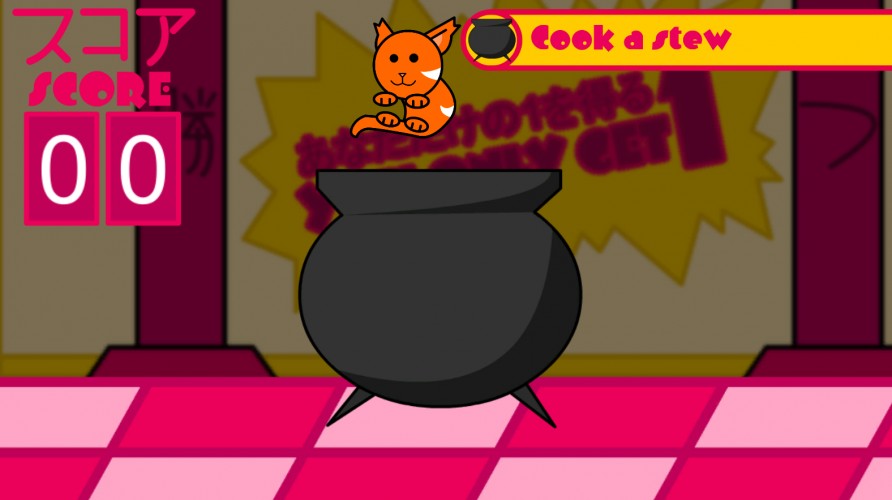 Participate in Japan's top rated game show: You Only Get 1! While on the show, The Host will present you with 3 tasks. These tasks range from squishing an orange to slaying a vampire. The catch? You only get 1 item with which to complete all 3 tasks!


*** I did not get as much time as I would have liked to jam over the weekend. I was able to capture the look and feel of the game as I imagined it but content fell short in the end. If I had more time I would have created more items and more tasks!

EDIT: I did not realize until after submission that public domain music and sound weren't allowed and it's my fault for not fully reading the rules. Kindly mark me N/A for sound!
> NEXT IN RQUEUE

TobiasW
16. Dec 2013 · 04:56 CET
Haha - that's great! The simple comic-like graphics fit rather well (although I am not totally sure about your choice of color everywhere), and I really like the animations - be it of the moderator, the reactions scenes and or the text.

What's really cool about this game is the humor and the interpretation of the theme though. It's funny and it works perfectly. I was extremely discontent with the theme, so I am doubly happy that others got creative results with it.

So - you might be short on content, but that's fine: What you have there is fun, original and on the point. Great job!

PS: The game show music was a great choice, but - uh, it's not really allowed in the competition. You are only allowed to include content you produced yourself in the 48 hours.

Thanks! I did not realize that we couldn't use public domain music and sound until my friend told me after submission :( My fault for not reading the rules.

Even though I can't rate you for audio, I felt the music complemented the rest pretty well.

I do feel it's lacking a bit in the gameplay department, sometimes you get to interact with the object, like feeding the fire, and in others you don't. Maybe it could be more interactive in the scenes.

Kind of a big issue: while trying to squash the orange by hurling the cat downward at it, I seem to have sent the cat through the table, never to return. It seems my only options then were to watch the orange and endure the music or reload.
pl0xz0rz
06. Jan 2014 · 23:16 CET
Wow. Real good. Would've rated better in fun, if squishing the orange behaved more sonsistently.
binasa
09. Jul 2017 · 02:13 CEST
Quiz Flags is a fast paced flag trivia game that will help anyone learn the flags of the world and the countries and continents they belong to. http://ultrafreewaredownloadingblog.top Youll perform stunts and show off your driving skills.