The Last Planet by Xaychru04 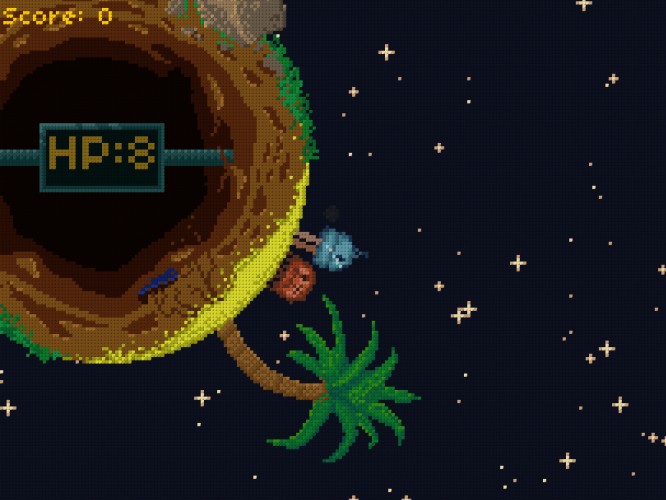 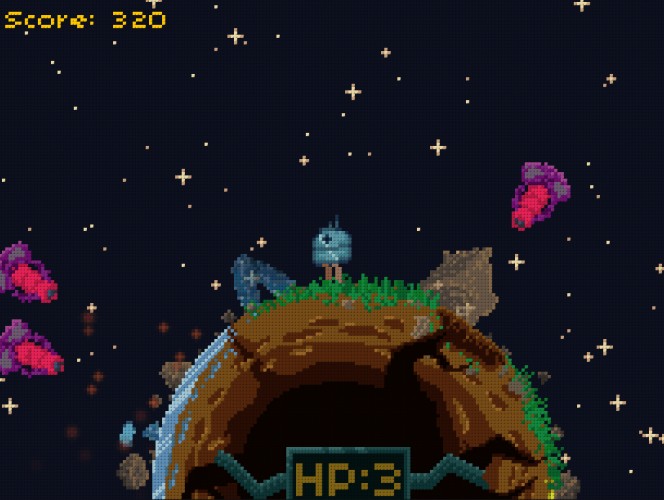 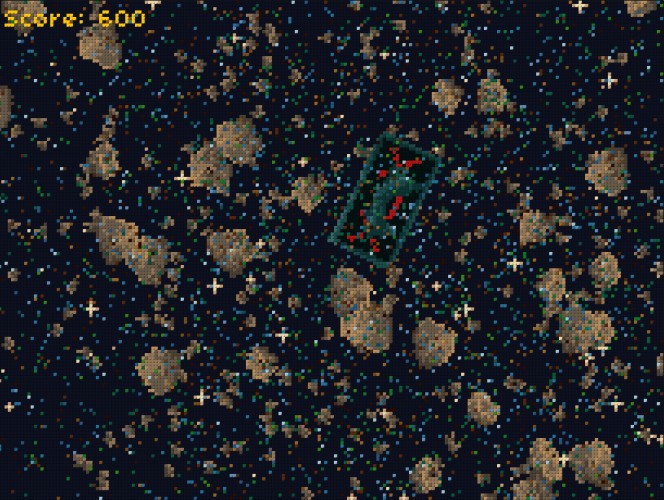 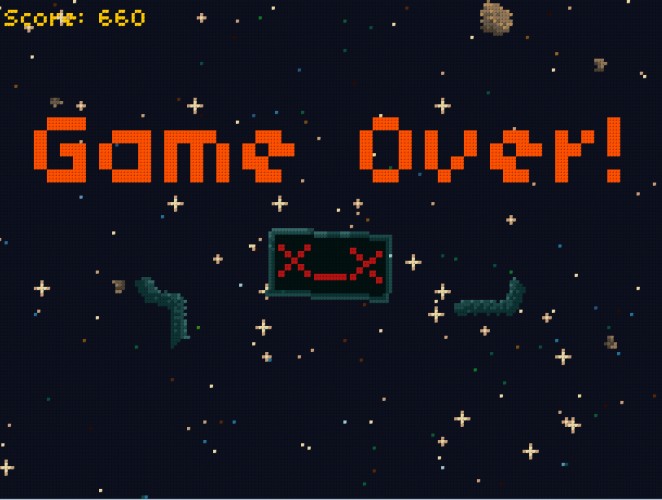 You're a little robot and you live alone on your little planet. Unfortunately, UFOs are coming from everywhere and they are going to invade your planet. But you wont let them land on your planet, because it's yours, and you only get one. (Complete story ingame :) )


If you need some help concerning the controls, or some advices, I put a readme in the archive. This is my fourth LD, I'm proud of it, and it looks like I'm improving my art. The music has been made in the last three hours though, so yeah, it's a little short and rushed.
Anyway, this game was extremely fun to make, I really hope you will enjoy it! :D
> NEXT IN RQUEUE

There doesn't seem to be any drawback from shooting all the time, navigating upside down is quite difficult and sometimes the planetdestroyers fire a bit too quickly. The sound made when a new letter appeared in the intro was quite annoying.

Overall a nice game with some room for improvement.
VikingJonathan
20. Dec 2013 · 23:00 CET
Cool game, I love the graphics and the music.
rnlf
20. Dec 2013 · 23:39 CET
Sound designed matches the game perfectly (diddledeed-did-deed!). Very much fun!
chiguireitor
21. Dec 2013 · 00:54 CET
Excellent game. This game is already production ready. Fiddled a little with the shader to alter it :-D would be nice to include a CRT shader too ;)
Ithildin
21. Dec 2013 · 01:28 CET
Impressive! Graphics and audio are awesome, one of the best entries in the Compo categories for sure. Gameplay is fun, too, and the intro text made me laugh when I reached the end.

Amazing work!! :D
Jiggawatt
21. Dec 2013 · 18:13 CET
The difficulty curve is spot on, I can tell this was playtested enough. I appreciate the spherical coordinate physics, it just could use some kind of a reminder of which direction is relatively left and right. Props for being able to shoot horizontally, vertically -and- diagonally.

After restarting the computer and trying again, the game is all black, but still plays sounds.
ViliX
22. Dec 2013 · 20:26 CET
Funny game with lovely graphics :)
d__adee
23. Dec 2013 · 07:39 CET
FUN! Quite addicting too. The art is really awesome! :D
I easily get confused though with controls, if only the robot faces the direction of where it's shooting too, not just when it moves.