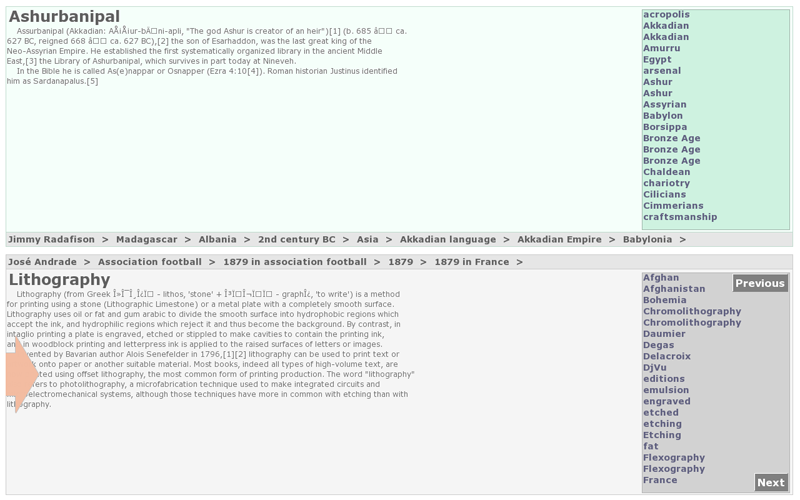 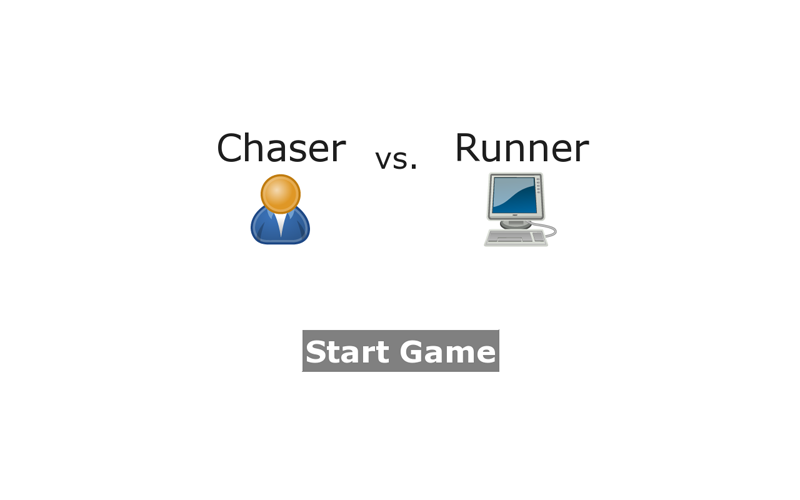 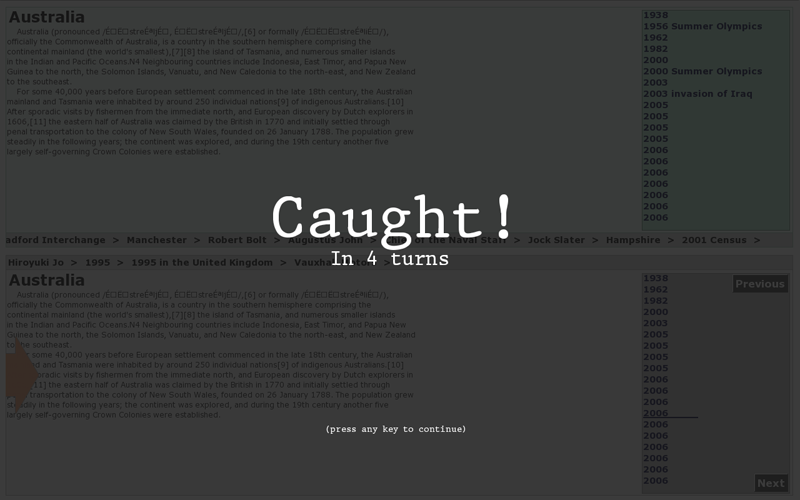 Wikirunner is a game played on Wikipedia articles. There are two players: a
runner and a chaser. Both start on a random article; the chaser's goal is to
end up on the same page (at the same time!) as the runner. The runner is simply
trying to evade the chaser for as long as possible.
Can be played single-player, with an AI runner or chaser, or as two-player
(hotseat). If you're looking for an entertaining way to let your computer idle,
you can also pit two AIs against one another.

Wikirunner is based on Jeremy Bushnell's 'Wikipedian Tag' ruleset.
> NEXT IN RQUEUE