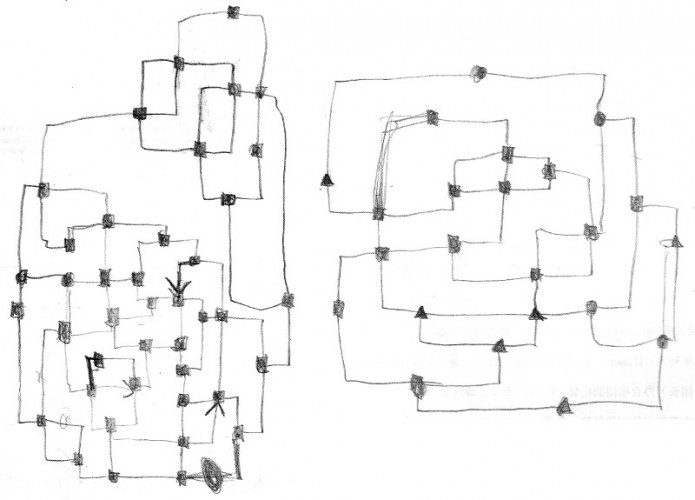 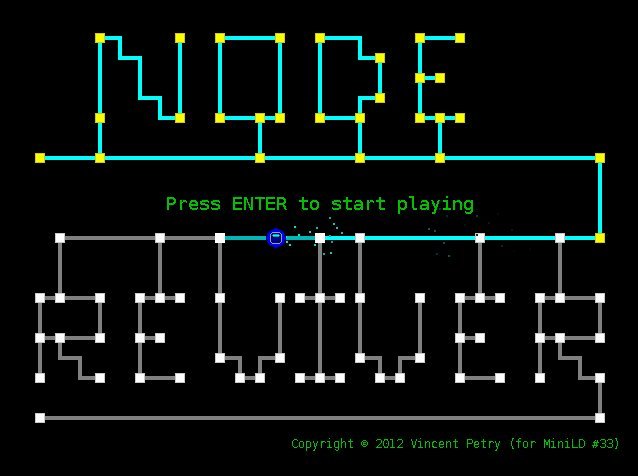 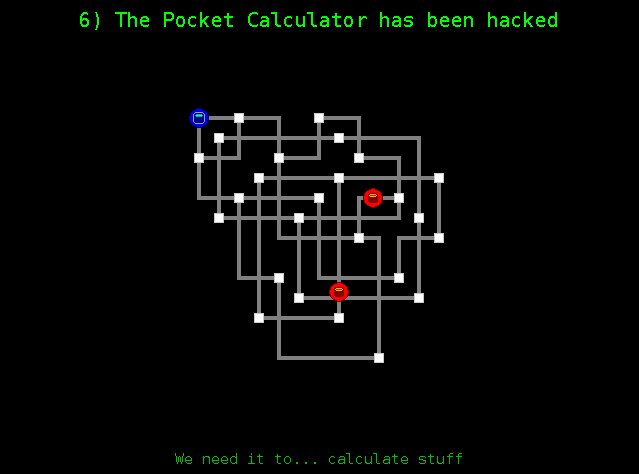 You are a node reviver, your job is to reconnect nodes that have lost their connections to each other.
Move from node to node using the arrow keys.
The connections between nodes will become active once you've passed over them.
The goal is to activate all connections to finish the level.
Note that you can only move when standing on a node, so you need to plan your moves accordingly, especially when drones are around.

There are two types of drone:
- orange drone: just wanders around
- red drone: follows you using the shortest path

This game was written in Python and uses Pygame internally.

Note that there is no sound, as I didn't have enough time for that.

Edit: added sources and comment about sound
> NEXT IN RQUEUE

Eelfroth
25. Mar 2012 · 03:56 CEST
Really nice game, Everything fits! It feels pretty cyberpunkish with its pseudo hacking and that thrilling storyline. For some reason sound's not working on my Ubuntu, but that's probably an error on my side.
qubodup
25. Mar 2012 · 10:52 CEST
I like it very much. A nice taste of humor, somehow very good game speed..

Would love to cover on foss games blog freegamer.blogspot.com if released under foss license :)