[raw]
made by SimianLogic for LD25 (COMPO) 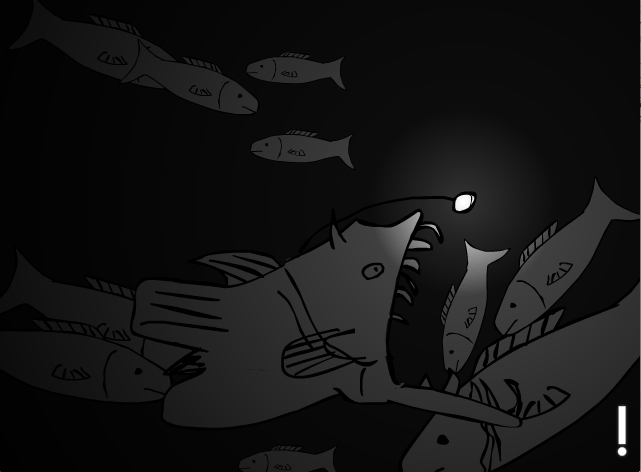 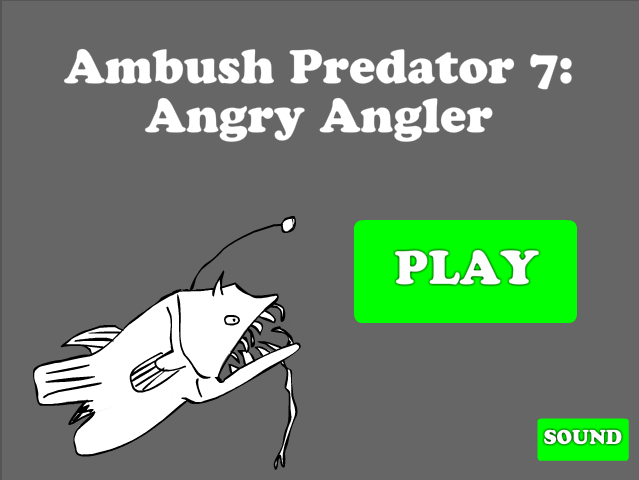 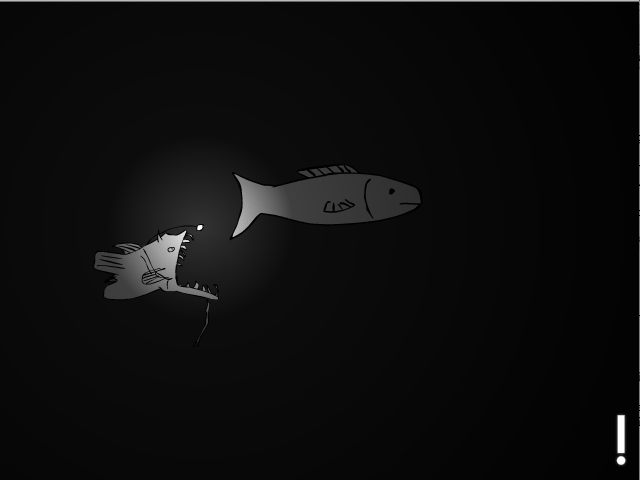 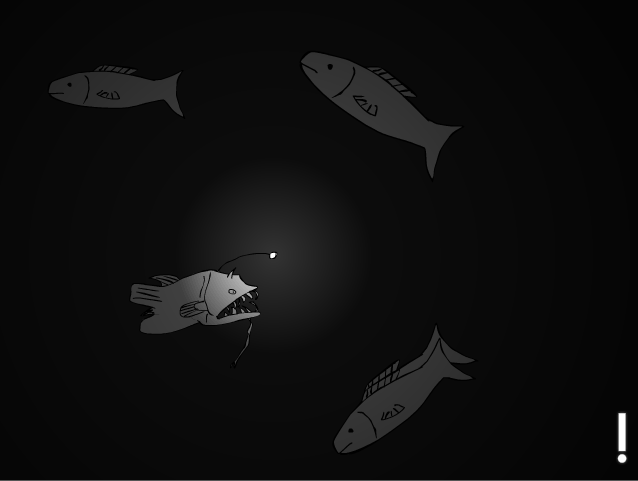 When the theme was first announced, my thoughts drifted to what we normally consider "villainous" creatures -- crocodiles, angler fish, sharks... after reading up a little on angler fish, I got the idea to make you "shake" your bioluminescent bacteria to hunt other fish.

*Move with WASD (angler fish are slow)
*Take a bite with the spacebar
*Shake your mouse to shake your bioluminescent bacteria and attract fish.
*Shake too much and they'll see your ugly face and run away (watch for the exclamation point).
*Fish above you are attracted to your light. Fish below you are repulsed.
*Eat fish to get bigger.
*Eat too big of a fish and you will explode.
*Get big enough and you will rule the ocean forever.

I'd hoped to do a giant squid boss fight at the end, but ran out of time.
I was literally adding the game over state as time expired, so you may not be able to actually "beat" the game.