[raw]
made by SimianLogic for LD24 (COMPO) 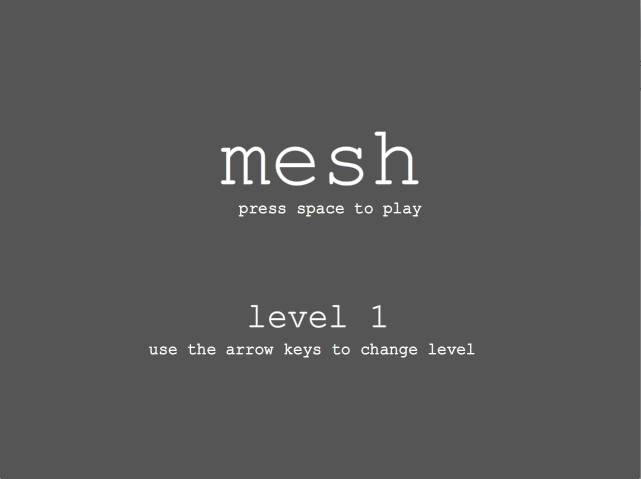 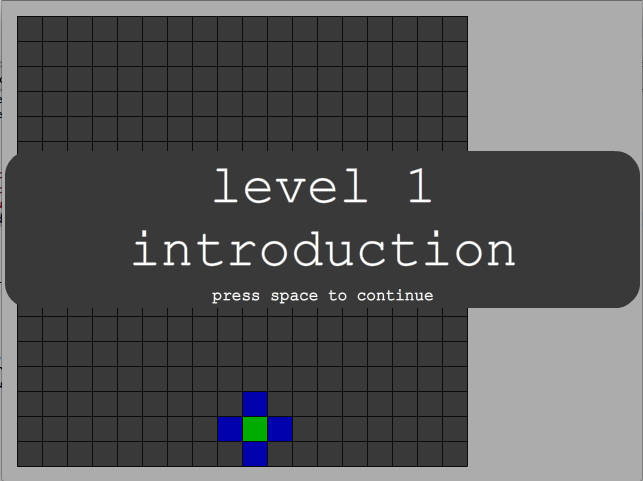 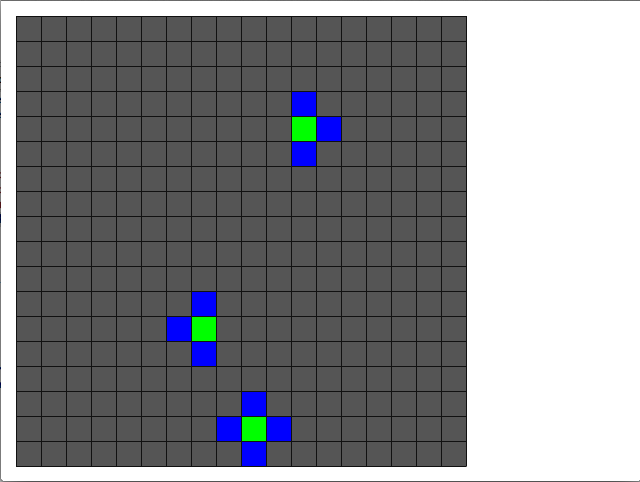 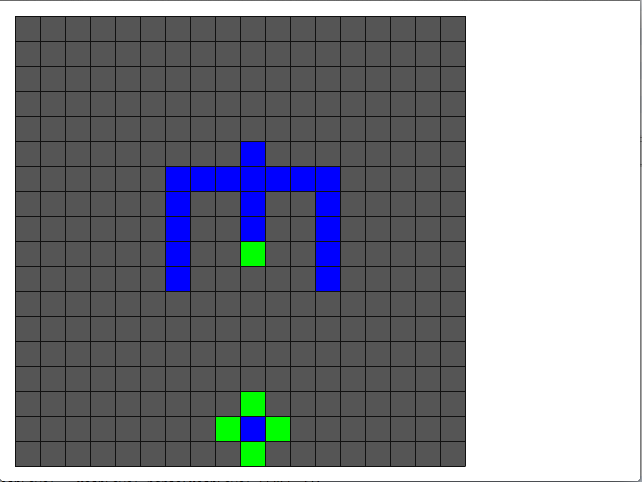 Working: you control a Mesh, kind of like a pixel-robot-organism that battles in an arena. When any two Mesh pixels overlap, they're knocked loose and float freely. Pick up the free pixels to regenerate yourself. If your "brain" pixel collides with anything, your entire Mesh will explode (game over).

Not Working: The idea was that you'd add a pixel onto your Mesh at the end of every level (evolution). Play would start each level in the same "+" form, but as you gathered more pixels you'd grow into your final form.

I was planning to make ~10 or 20 levels (there's an AI system complete for setting up paths for the AIs and the engine supports resizing to much smaller pixel resolutions). After 20 "set" levels, you'd enter a free-form arena where you battle your ancestors!

Stretch Goal: I'd also love to add support for multi-tier Meshes--a "mount point" would act as a second-tier brain. You could add pixels to either your main Mesh or your sub-Mesh, and even define paths for your sub-Mesh (think rotating blades or Dhalsim-arms).

Mega Stretch: It would be pretty easy to store all these in a database and load random enemy meshes to battle against (offline). It would be harder, but pretty cool, to make a live battle arena.


source link is the specific commit for the entry--i'll probably keep tinkering with it, but that source will construct the SWF i linked to as my "play" entry

I think I'd prefer to play this as an action game rather than a puzzle game. I like the feel of swiping off pixels, but I think it would flow a bit better if the broken-off pixels moved around less, so there's not this big break in the action just to collect them again. And I would have liked to be able to collect the pixels and have them add to my structure, not just repair my structure.
🎤 SimianLogic
28. Aug 2012 · 06:28 UTC
@axcho -- I always thought of it as an action game, but the pixel-perfect movements does make it feel like a puzzler. I'm hoping that as I expand it to bigger play spaces (and smaller pixels) it will feel more action-y.
Kickerua
28. Aug 2012 · 08:12 UTC
It's pure gamedesign, so addictive.

So sad that there is just few levels. :)
rylgh
28. Aug 2012 · 16:20 UTC
This is really cool, I love bullet-hell-ish games. FYI though, the 'press space to continue' message wouldn't ever disappear in Chrome http://i.imgur.com/IPKiF.png (worked fine in Safari though)
kevincorrigan
28. Aug 2012 · 20:03 UTC
I like the concept, I think you move to fast, but other than that, nice.
tigerj
29. Aug 2012 · 01:27 UTC
It was broken in google Chrome for me but ran fine in ie9 64bit. I liked what was going on here. I also did not hear any sound if there was any.
Pixelulsar
29. Aug 2012 · 01:28 UTC
Interested where it could go, wish there were more then 4 levels.
Ninjakannon
29. Aug 2012 · 01:38 UTC
Not sure where evolution comes into this, but I enjoyed it :)
FunByJohn
29. Aug 2012 · 11:58 UTC
innovation 5/5!
plule
30. Aug 2012 · 18:40 UTC
Well, this is something you should continue working on.
pansapiens
01. Sep 2012 · 09:14 UTC
I usually like this style of game, but I can't say I really understand how this mechanic will work for a puzzler. The existing levels seemed very easy, and without building a few I can't determine if there is scope for it to become interesting. Maybe once the creature can 'evolve' and there are creature vs. creature battles it might work.
csanyk
01. Sep 2012 · 16:46 UTC
This is a neat concept and has a lot of potential, I would love to see you continue with this and create a progression through 20 levels. Keep iterating and adding an interesting mechanic every few levels, and it could be a great game.
azurenimbus
06. Sep 2012 · 23:18 UTC
For some reason I can't get the "Level 1: Introduction" banner to leave the screen, no matter how many times I press space...
hamster_mk_4
16. Sep 2012 · 18:14 UTC
Interesting game dynamic for just a grid of boxes. At first I taught this was another game of life simulator, but I was pleasantly surprised.