Tetris, It is a RPG by Giovanni Perillo

[raw]
made by Giovanni Perillo for MINI24 (COMPO) 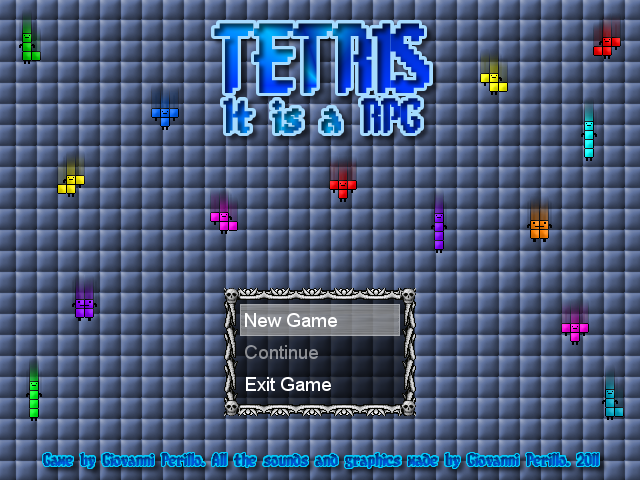 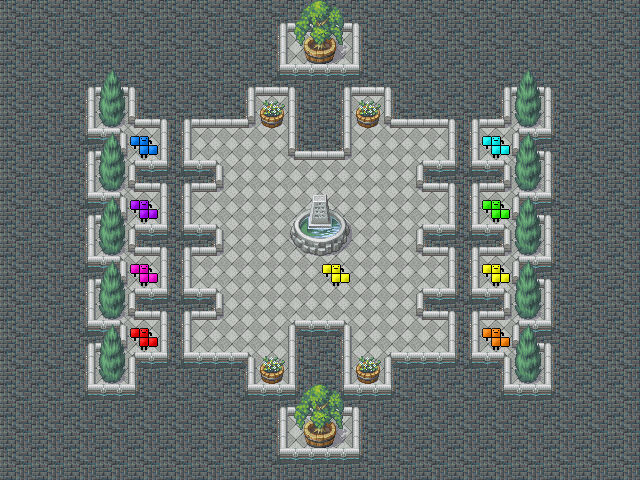 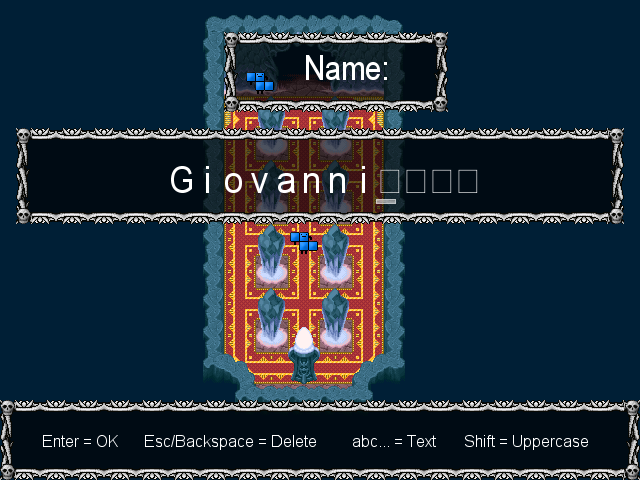 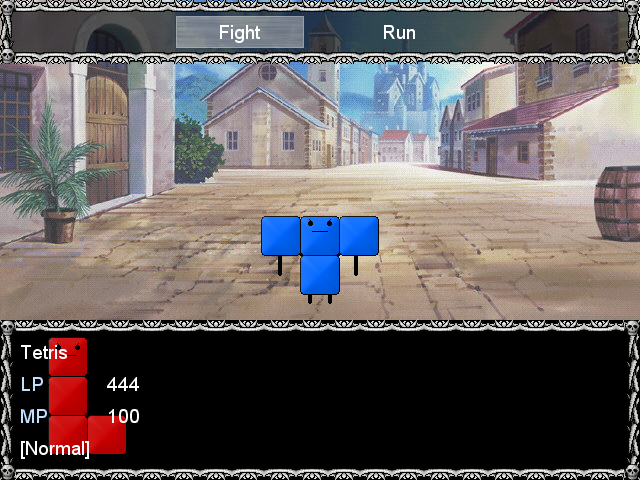 About the game: An old curse was transforming people into Tetris Blocks and warping them to an Tetris Dimmension... and you get cursed! Now you must fight to have your human body back!

Theme Used: "Tetris is now a 'RPG' Game"
Limitation Used: "All audio must be your own voice"
Rule Used: "Game must be code complete in the first 3 hours, if not, must start over. NO CODING AFTER THAT."

Author Notes:
I used Gold Wave to record my audios [I agree, my music is a trash xD] and Fireworks 8 to make the characters. The game was made in RPG Maker XP.

I was making another game, but due to some bugs and because of a dream I had, I changed the theme and, as you noticed, the ALL GAME... I mean, I started all over. :P

I just get late because of the dungeons design and events... all the rest was ready yesterday.

The final Battle Music is a remix of the original tetris song, but played backwards... and yes, that's the only song that isn't my voice xD