The Curious Pocketwatch by Maestro

[raw]
made by Maestro for MINI27 (COMPO) 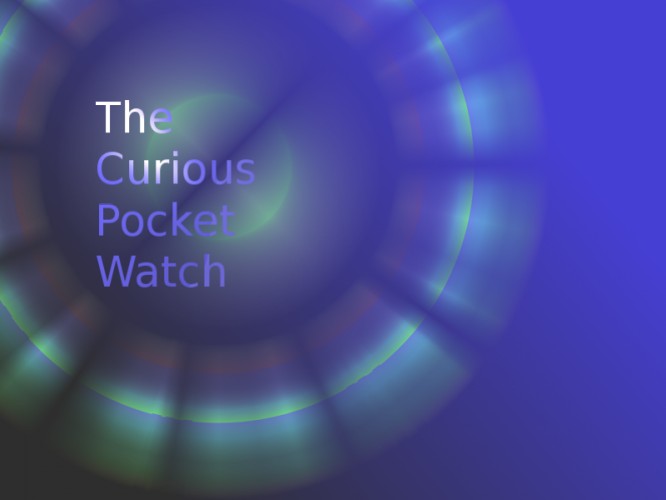 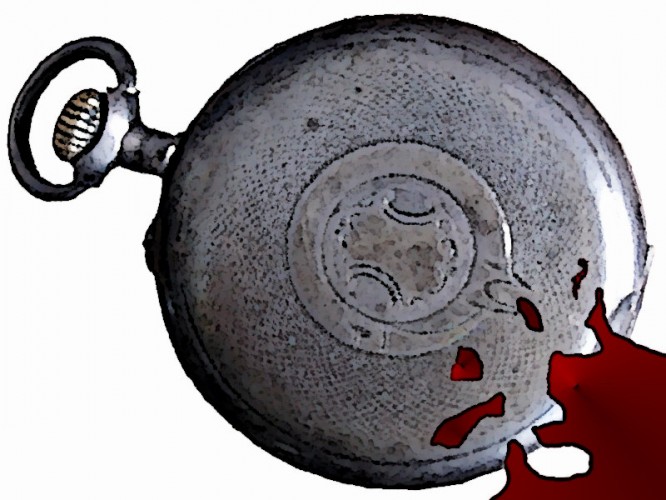 Well, this is my first attempt at not only entering a Ludum Dare competition, but also at making any sort of game in general!

But more about the game, because that's what we care about:

The Curious Pocketwatch is a visual novel made with RenPy, using most of their defaults in reference to buttons, menus, etc. Technically speaking, it's not very impressive when it comes down to the code, which is almost entirely in the script. Most of the work went into writing, music, art, and conversations.

There are a total of 4 endings possible, each of them very different. These are based on choices and where certain conversations happen to turn.

All things considered, this is a fairly basic visual novel, with choices and different flows of conversation.

Credit-wise:
All music and character art is entirely original, created in this two week period. The story was thought up by me and a friend, and everything was written out/coded after the theme announcement was made.
Most of the backgrounds are public domain, except for the underwater background and the title screen. I just applied a few filters~ The sound effects are also public domain.

I hope you enjoy the game!


And one more thing. Special thanks to huhwhozat for telling me about this competition, otherwise I never would have made this!

I apologize for the lack of screenshots as well, the place I'm staying at has no internet, I'm sitting outside stealing wireless, and I've got an hour and a half to upload everything. Huzzah~

rhockman
29. Jun 2011 · 03:42 UTC
At first I was reluctant to download the file. For some reason I don't like services like mediafire so much.
But I got it, and your game is absolutly awesome.

I got hook with the plot, wich is really well developed and nicely written.
The only thing that I would change is that when you are having a conversation with a character for second time, you have to read all the text as if it was the first time the two meet, I would skip it and go to the choices with somekind of generic phrase.
I think you also made a great choise in the soundtrack and the images, they suited really good the ambience.
And all the effort you put in the art is really noticeable, a lot of drawings with a range of expressions.
I got the ending 3, tomorrow I'll get the other three.

Really really nice work !!
Breakdance McFunkypants
30. Jun 2011 · 05:35 UTC
Apart from the agonizingly painful 20 (!) minute long download (megaupload is so evil - you almost lost me there; I considered giving up and never playing the game), the game is AWESOME! It is worth the pain of wait times and popup ads, people! The download is definitely scaring people away - if it was on a respectable web server you would have tons more people playing it.

...and they would be happy that they did! The writing is SUPERB, from the glorious sunset to the dialogue. The plot, convoluted as it is, actually makes a lot of sense and your idea to occasionally recap the events was perfectly timed. The characters are interesting and the choices are cool. You've done a top notch job here - everything about this game makes it obvious that you put a lot of effort into it - the characters are memorable, their avatar art is great and the plot you've written is original, deep, complex but manageable.

Wonderful work. I am thoroughly impressed.

We are all very luck to have had you join the competition. I sincerely hope that you join future Ludum Dares! The fact that this was your first game bodes very well: if you keep doing work like this I predict that you will have a very successful career in game design. You ROCK.
🎤 Maestro
04. Jul 2011 · 17:44 UTC
Wow, thanks to the both of you, I'm glad you enjoyed it!

And yes, having it on megaupload was a last resort, simply because it was an hour before the due date (I didn't realize it had been extended) and I was stealing wireless from the neighbor's house, seeing as I was on vacation.
But!
I did reupload them to dropbox to make things simpler. Thanks again, and I'll definitely keep my eyes open for the next Ludum Dare!