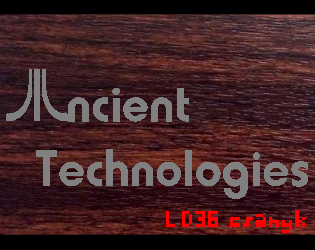 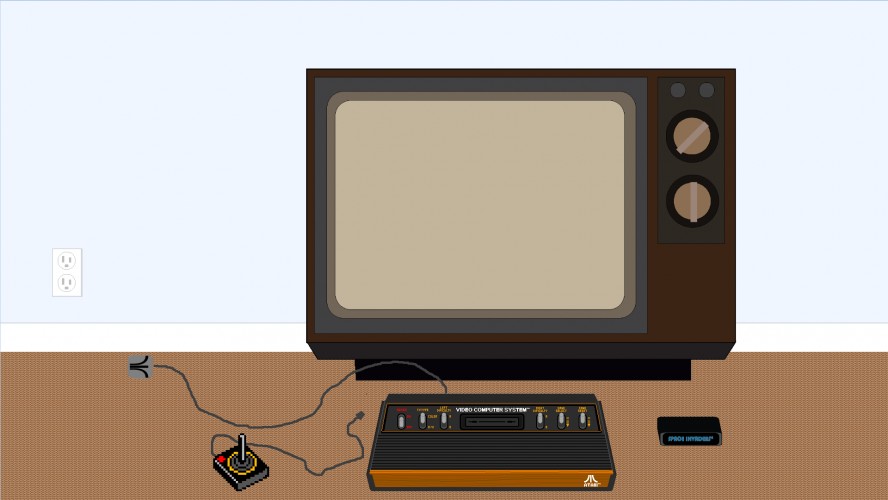 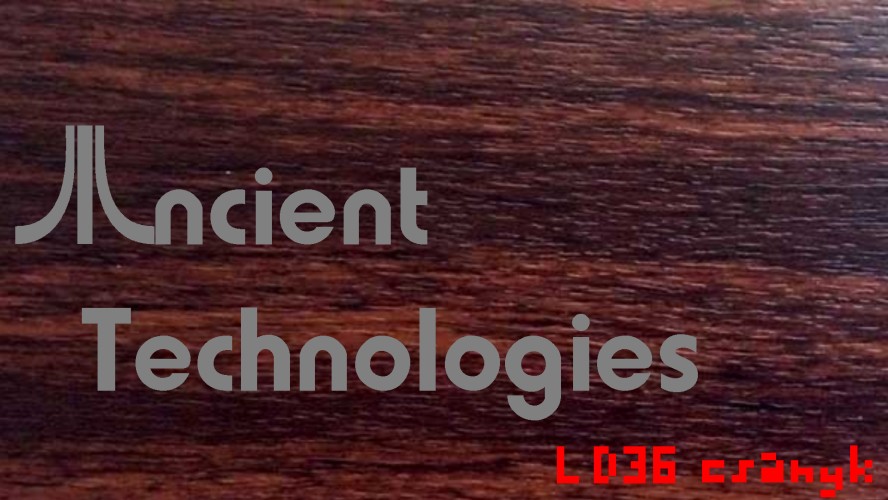 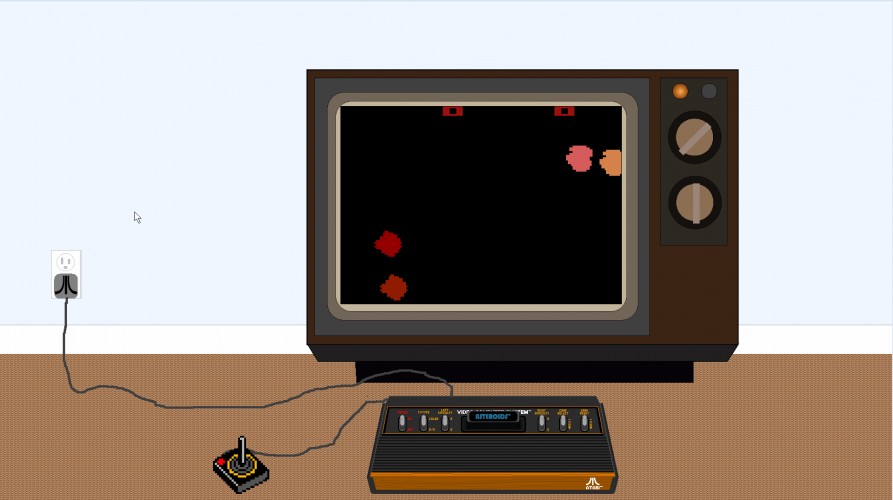 Assemble the ancient technology in order to unlock its secrets.

In the room, use the mouse to click on things.

Once the ancient technology is assembled, use a gamepad or arrow keys + space to play the game.

[Note for HTML5 players: There seems to be a glitch (at least in Chrome, not sure other browsers) where certain clickable objects in the room intermittently don't work because mouse events are being doubled for some reason. This does not appear to be an issue in the Windows builds, so for the best experience I recommend trying Windows if possible. If HTML5 is your only option, refreshing the page may help. I will try to release an updated build in the near future that gives a keyboard shortcut as a workaround.]

Programmed in GameMaker: Studio by csanyk

Audio was ripped from the Atari 2600 games Adventure, Asteroids, and Superman using Stella + Audacity by csanyk.

Cute Girlfriend did the TV set and the cartridge using Adobe Illustrator; I converted the drawings to sprites using Illustrator, Paint.NET, and the GameMaker Sprite Editor.

Woodgrain from the title was the product of a Google Image Search.

- TV screen now all-black when game is on.

- TV Type switch now functional (this was a feature I dropped to make submission deadline, then added back in last minute). Now you can flip between playing in color and B&W!

- Respawn bug -- it's supposed to wait until there's open space around the center so you spawn a little more safely. Instead, it was doing the opposite! Fixed!

-A few logical checks were added to prevent things that shouldn't be possible, like audio playing when the TV is off, etc.

- Fixed a memory leak caused by spawning an object without checking to see if it already exists, once per step, while the game is turned on but in game_over state.

Now I want to play Ataray, but I'd rather play Dare. (stupid rhyme is stupid)

I think it was difficult to start the main game for all the youngsters out there :-)

As Atari-fanboy (go home Amiga! ;) ) from the very beginning, I really appreciate your entry - all those memories... So I'm a bit picky and miss a working b/w-button. And why are there 6 buttons instead of 4?

It really reminds me of setting up these very old game consoles :). That means the experience is working!

I honestly think the most interesting part of the game is this "set up" part. In my opinion you could go much further with this idea, like "level 1: set up an atari console", then "level 2: set up an old nintendo but you need to plug it with an adapter to make it work with your grand mother TV", it gets harder and more complex at each level etc...
ajayajayaj
13. Sep 2016 · 12:44 UTC
Really cool!
MHaton
15. Sep 2016 · 09:22 UTC
Neat :D The setup is more interesting than the game itself (obviously, that's the point), it's conceptually awesome and I like your interpretation of the theme
Peni6
15. Sep 2016 · 21:03 UTC
Short but very sweet, obviously the game itself isn't yours, but something about plugging it all in was good fun
quadtree
17. Sep 2016 · 23:49 UTC
Interesting concept, nice retro feel.

I did encounter one odd thing though, halfway through the game all sound was replaced with a high-pitch whistle. Even "unplugging" the console had no effect. I'm not sure if it's a bug or if it was some kind of fire alarm easter egg.
🎤 csanyk
18. Sep 2016 · 00:42 UTC
@quadtree, I've seen some audio glitches, particularly in html5 builds. I think it's a problem with the engine or the platform it's running on top of, not something that I can fix, unfortunately.
joe40001
18. Sep 2016 · 23:07 UTC
Clever take on the theme. I like what you did. For some reason it was very slow for me (the game itself) but most others didn't have this problem so I assume it's my computer. Not much to say aside from that it was a cool idea executed well. Good job!